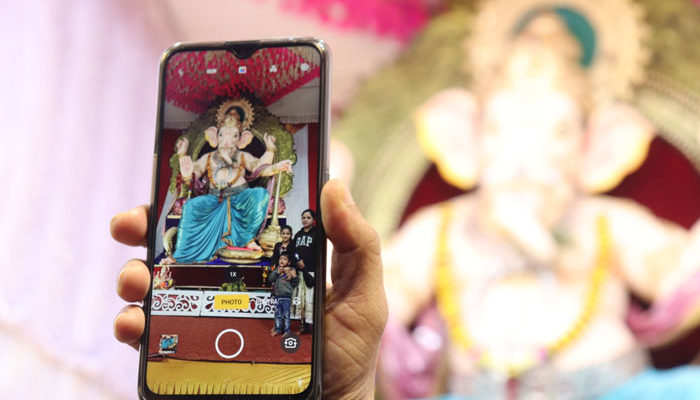 One day in 1995 I woke up to find that Ganesha was drinking milk.

There was a viral rumour [1] going around Delhi that idols of Ganesha were drinking milk offered in teaspoons by devotees. Soon the miracle was being observed all over India and long queues had formed outside every Ganesha temple. The hype reached a fever pitch and the story was covered by the TV and print media (back when there was no Twitter or Whatsapp).

More than twenty years later, I decided to search the web for any scientist perspectives published around the time of the miracle and found this article. Here’s an excerpt from it —

The “phenomenon’’ itself, as it was observed by hundreds of thousands round the country, has a clear explanation. When water or milk or any other fluid is taken in a spoon or a suitably shallow container, it is a well-known fact that the surface of the fluid is not flat but slightly curved. This is due to the phenomenon of surface tension, whereby the fluid tries to minimise its surface area.

But the key point here is that while one sees the milk slowly disappearing from the spoon, the milk does not vanish into the idol. The milk remains on the surface of the idol or appears at the base of the idol.

Simple enough. And in fact, the devotees queuing up outside temples could hardly have failed to notice the drains running white with milk. But among the results for the same web search I found another article from a website www.learnreligions.com claiming the following —

Scientists were quick to attribute the vanishing of millions of spoonfuls of milk from under Ganesha’s inanimate trunk to such natural scientific phenomenon as surface tension or physical laws as capillary action, adhesion or cohesion. But they could not explain why such a thing never happened ever before and why it stopped abruptly within 24 hours. They soon realized that this was in fact something beyond the realm of science as they knew it. [emphasis mine]

In essence, it dismisses all talk of surface tension and capillary action by asking “why did the phenomenon stop within 24 hours?”.

How to make a watertight claim

Science works on the principle of falsifiability. For a theory to be considered scientific it must make falsifiable (or testable) predictions. In practice, this means that new research must be backed by experiments or observations that are repeatable and reproducible. Repeatable means that if I, the scientist claiming the result, repeat the experiment then I should obtain a (statistically) similar result [2]. Reproducible means that if you, a rival scientist, follow the same steps you should get a similar result [3].

So then how do we ensure that a claim is unfalsifiable? Simple — base it on an experiment or observation that cannot be repeated or reproduced! And that is why the “miracle” did not occur the next day. Evidently, Ganesha wanted to reveal his godly powers only to the faithful and not to skeptical scientists. We can now say that the “miracle” is not beyond the realm of science as claimed, but outside the realm of science. And in fact all faith belief hinges on untestable claims — this follows from the very definition of “faith” [4].

Obscurantism in the age of Internet

The Internet is the world’s largest democracy where modern astronomy must compete against flat-earth conspiracy theories and medical advice has to be heard over the noise of anti-vaxx campaigns. Prima facie both sides can appear equally legit, so the less informed will usually resolve any contradiction by an appeal to authority. But science doesn’t work by appeal to authority. There are no authorities. Newton was wrong and so was Darwin [5]. Scientists are forced, by the logic of the scientific method, to revise theories every time new facts become known. Unfortunately this constantly shifting version of truth does not suit the psyche of people who would like to anchor their beliefs to “eternal truths”.

What is especially disturbing about the Ganesha episode is the extent of compromise people are willing to make to accommodate their religious beliefs, the casualty in this case being basic middle-school physics [6]. Such a compromise is possible only because those who hold a majority view can afford to be quite complacent about the truth value of their views. It was Galileo who had to retract his heretical assertions at a time when the majority view held that the Sun goes around the Earth.

Pseudoscience and other forms of misinformation spread through networks of connected people. Each person receives a newsbyte from a close connection whom they trust but there could be a huge gap (both physical and cultural) between the originator and the last link in the chain. Unfortunately, modern education seems not to be a defence against superstition and pseudoscience, but despite that it enhances a person’s credibility in the eyes of those less privileged. This, along with the availability of telephones, must account for the largely urban demographic of the Ganesha miracle which spread across the major cities of India (Delhi, Mumbai, Chennai) and even to the NRI community in the UK and USA [7].

And while the arrival of Internet and Social Media may have done little to promote critical thinking in India, it may be harder to pull off a similar stunt today because we have another cool technology in cellphone cameras. This is something that the Satya Sai Baba probably didn’t take into account while naively performing materialization miracles for his gullible followers. 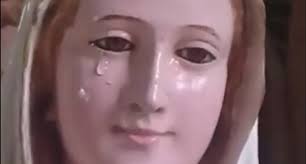 Hindus are not the only believers to seek miracles and certainly not the first in modern times. Bleeding Jesus icons and weeping Virgin Mary statues are regularly reported among Catholic communities across the world. Given that Christianity and Islam periodically claim miracles and faith healing, the Hindus may have felt the need to witness something tangible that would elevate the devotional spirit and bring the community together. If that was the motivation, then we should be quite soon due for another one to persuade the millennials who hadn’t been born at the time.

At the time of the “miracle” my brother and I were in middle school. We grew up in South Delhi, the epicenter of the whole hoopla, and were surprised to find that almost all our classmates believed it was true. My brother unthinkingly quipped to one of his schoolmates “why not try whisky and see if Ganesha appreciates that too?”. For this irresponsible remark he was ticked off by my parents. Not because they were themselves offended but because they knew that when it comes to religion, people have no sense of humour at all.

[1] In the days when the word “viral” was associated with flu and not rumours. But the process by which a rumour spreads is not unlike how a (biological) virus spreads. See here for an interesting and interactive theoretical discussion. Again, in the days before internet memes the word “meme”, coined by Richard Dawkins, meant a cultural unit of replication.

[3] Science has its own Replication Crisis. Oh, well…

[4] My own definition of faith would be the following: faith is willful ignorance disguised as a virtue

[5] Not “wrong” in the sense that flat-earthers and creationists believe, of course. But their theories have been refined into more general theories that explain more facts.

[7] According to Wikipedia, a single supermarket store in England sold over 25,000 pints of milk and overall milk sales in New Delhi jumped over 30% 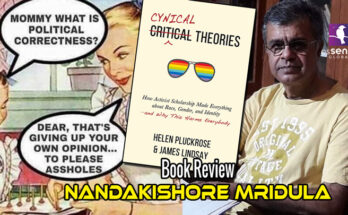 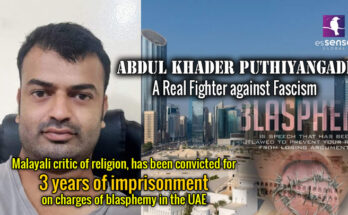 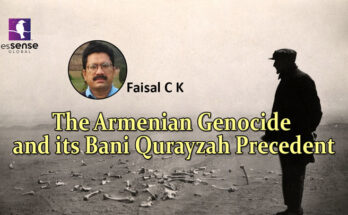 Ambar is a Bengaluru-based freethinker who takes an interest in Evolutionary Biology, Primatology, Cognitive Science and Artificial Intelligence. His Quora answers on these and other topics can be found here. Ambar is a Data Scientist by day and can be reached on ambarnag@gmail.com.

View all posts by Ambar Nag →