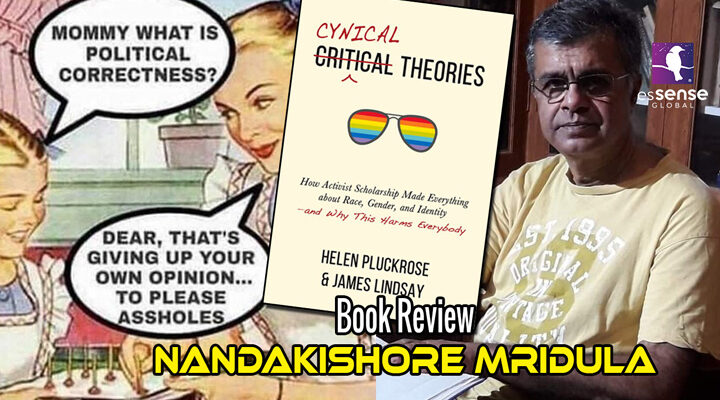 Quite some time ago, I shared a cartoon on my Facebook wall (included in this post).
It invited a surprisingly brisk reaction. One of my friends wondered was it really me? How could an avowedly liberal person like me share such an objectionable cartoon, which was right-wing propaganda against marginalised groups? When I replied that I shared it from the wall of a female member of a marginalised group, she said that it was perfectly okay for her to share it – but when a privileged male like me does it, it becomes unacceptable!

Soon that thread became a battlefield. I was attacked by a bunch of people, and a lot of them went nuclear (one lady told me to “fuck off” from my own wall). A lot of them unfriended me and some blocked me. An equal number supported me, and the flame war went on for quite a long time, even after I had unfollowed the thread.

But this set me thinking. What was so objectionable in making fun of political correctness? And why was it objectionable based on the social background of the person who did it?

To tell you the truth, this was not the first time I was experiencing unwarranted hostility: whenever I wrote about caste, there were a bunch of people abusing me for daring to write about it with an upper-caste surname. Also, I was criticised for saying that I was uncomfortable with the concept of abortion (even though I supported the right of a woman to choose 100%), and also for saying that evolution had engineered women’s bodies in such way so as to make them natural mothers – these were sexist statements, coming from a male. Lacking a uterus, I absolutely had no right to any opinion (or fact) regarding childbirth. I can cite countless cases where I stepped on a number of toes in virtual space, the weirdest instance being that of a lady unfriending and blocking me because I talked of a boy “suffering” from Down’s syndrome. Apparently, by considering his condition from a medical viewpoint, I was guilty of ableism.
Apparently, in the world of “woke” people, anything a cisgender heterosexual Savarna (the so-called “upper-caste”) male like me (having all the privileges society has to offer) said, could be used in evidence against me. I really was at a loss to understand or navigate this world – until I chanced upon this book.

You see, the whole thing has to do with Postmodernism: Foucault, Derrida, Lyotard et al.
We had a nice, concrete world after the Enlightenment – filled with concrete facts and objective realities, where black was black and white was white – when along came the Second World War, colonialism collapsed, and left-wing intellectuals became disillusioned with both Western liberalism and communism. The world was suddenly much less certain and a lot more messy. Science, which had stemmed from a sceptical questioning of the established “metanarratives” (meaning an overarching account or interpretation of events and circumstances that provides a pattern or structure for people’s beliefs and gives meaning to their experiences) of religion, itself started to be considered as a metanarrative. Suddenly, everything was subjective. Everything was created. And everything was linked to discourse and power structures.

The online Encyclopedia Britannica defines postmodernism as: “a late 20th-century movement characterized by broad scepticism, subjectivism, or relativism; a general suspicion of reason; and an acute sensitivity to the role of ideology in asserting and maintaining political and economic power.” The authors of this book mentions the two principles and four themes of postmodernism thus:

1. The postmodern knowledge principle: Radical skepticism about whether objective knowledge or truth is obtainable and a commitment to cultural constructivism.
2. The postmodern political principle: A belief that society is formed of systems of power and hierarchies, which decide what can be known and how.

1. The blurring of boundaries
2. The power of language
3. Cultural relativism
4. The loss of the individual and the universal
Now, to translate this to words of one syllable.
The first principle means that we can never know the objective truth: indeed, it is doubtful whether it exists at all. The second principle means that what is known as the truth is decided by the power hierarchy inside the system.
Thus, in one fell swoop, postmodernism dethroned science from its pedestal – because if we are not sure whether there is objective truth at all, why spend time looking for it? And in the colonial world, most of the objective knowledge was based upon colonial viewpoints; so a deconstruction of this was essential, especially as Orientalism was holding sway in the West.
(However, this doesn’t negate the power of science – but the fallout of postmodernism has engendered dangerously unscientific attitudes.)

Now let’s move on to the themes.
The blurring of boundaries means categorisations are no longer trusted. Not only the boundaries between objective and subjective and between truth and belief have been blurred, but also those between science and the arts, the natural and the artificial, high and low culture, man and other animals, and man and machine, and between different understandings of sexuality and gender as well as health and sickness. Everything is a spectrum.

The power of language emphasises that it is through language that we define power structures in a society. Under postmodernism, many ideas that had previously been regarded as objectively true came to be seen as mere constructions of language. In postmodern thought, language is believed to have enormous power to control society and how we think and thus is inherently dangerous. It is also seen as an unreliable way of producing and transmitting knowledge. To summarise: we create reality through language.
In a world where there is no objective truth, no boundaries, and where everything is created through how we speak and think, truth and knowledge are different for each and every culture and no one from outside that culture can comprehend it. This is called cultural relativism.

Consequently, to postmodern theorists, the notion of the autonomous individual is largely a myth. The individual, like everything else, is a product of powerful discourses and culturally constructed knowledge. Equally, the concept of the universal—whether a biological universal about human nature; or an ethical universal, such as equal rights, freedoms, and opportunities for all individuals regardless of class, race, gender, or sexuality —is, at best, naive. At worst, it is merely another exercise in power-knowledge, an attempt to enforce dominant discourses on everybody. This leads to the loss of the individual and the universal.

I totally get this. It’s a very nice intellectual exercise: and I must say that in the field of arts, literature and sociology, it has got valid uses. The only place I take the high road while postmodernists take the low road is when it comes to the concept of the individual and the universal, which I do believe are required as valid concepts if we need an equitable world. And also, for all our subjective perceptions, science has discovered many objective truths through its powerful method, which are not dependent upon language and/ or culture.

But now, the authors started talking about Theory (with a capital T: applied postmodernism) and the concept of Social Justice; and I started getting a bit alarmed – because I could now make sense of how I was annoying all those woke people.
It works like this.

1. Since we cannot have objective truth or knowledge, each kind of truth and knowledge is equally valuable (or worthless-take your pick).
2. All the current knowledge systems and categorisations have been constructed through the discourses of the privileged elite, so they have to be deconstructed.
3. While reconstructing knowledge and truth, one has to do it from the standpoint of the underprivileged, because that is the way to dismantle power structures and create a more equitable society. Any other viewpoint is unacceptable.
4. This means that certain kind of language only is considered correct. Also, historically privileged groups have no right to comment or even have an opinion on what is sensitive to underprivileged groups – unless it is one of total acceptance of the subaltern viewpoint.
The authors discuss various theories for emanating from these concepts (Postcolonial Theory, Critical Race Theory, Queer Theory, Gender Studies and Feminism and Disability and Fat Studies) from a social justice viewpoint. While some of them seemed valid to me (for example, Critical Race Theory and its parallel, theories of caste in India; and Gender Studies), those considering disabilities and obesity as “subaltern viewpoints” and not from a medical standpoint seemed patently absurd.

In conclusion, the authors make no secret of where they stand; on the side of old-fashioned liberalism, with its belief in universal human rights and the freedom of the individual. And I must say that I agree. The militant takeover of Western academia by the Theorists is a bit concerning, as they seem to have constructed their own metanarrative out of Social Justice. The insistence that one has to be “politically correct” even to have a meaningful discourse will actually result in killing liberal voices, and giving strength to the right-wing metanarratives.

In India, where the right-wing voices are shrill and the authorities actively push the right-wing fantasy, liberals can survive only by staying truly liberal – and that means engaging with any idea, however distasteful it is to you.
In other words: “I disagree with what you say, but I will fight to death for your right to say it.”

PS: I know I may be pissing off a lot of knowledgeable, woke people with this review. If I have made any errors in my understanding of Theory, I am open to debate. 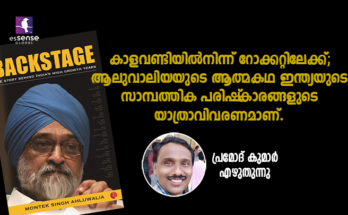 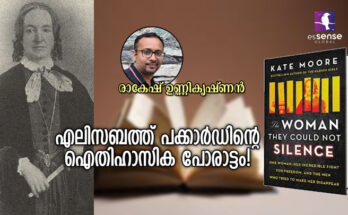 View all posts by Nandakishore Mridula →