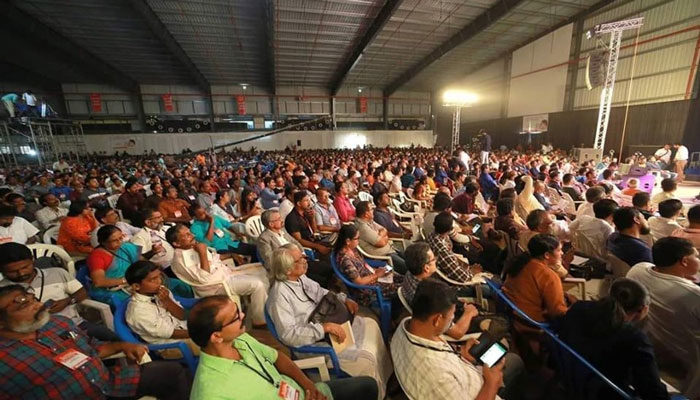 The saga of esSENSE Global

In consonance with the atheist spring experienced all over the world in the last decade, there had been an upsurge of freethinking groups in Kerala. Atheist-humanist groups with article 51 A(h) of the Indian constitution (ie. promoting scientific temper, the spirit of enquiry, humanism and reform) as their cardinal political stance have become increasingly visible in the state. Despite the rampant claims of being a post-renaissance society, the stranglehold of religion and superstitions never loosened for the society of Kerala for long. Religious reformations and emergence of left politics made little difference to the regressive picture which was cleverly camouflaged under the halo of certain brighter welfare indices.

The nascent rationalist movements always struggled with their marginal presence. Focusing more on the public exposition of miracles and political sloganeering, they remained a mere vote bank for the left. It is in this background the rising of an atheist-humanist movement under the banner ‘esSENSE’ captured the imagination of the thinking youth in Kerala. The word esSENSE, which is a sarcastic mutation of the creation concept like essence or essentialism, itself indicates the naturalistic world view upheld by the outfit. ‘Do not be biased when weighing different religions and political parties’ was the honest position they espoused.

esSENSE Global, the major organizational front of this cyber unity is currently a 5000 member strong a cyber movement which played a crucial role in mobilizing mass support for scientific thought and atheism in Kerala for the last 3 years. Having considerable presence in all the districts in Kerala, esSENSE Global has units in Chennai, Bangalore, Delhi, Mumbai, Perth, Sydney, Melbourne, the UK, Ireland, Canda, the USA and Gulf countries. Their two you-tube channels viz Neuronz and esSENSE Global Media attract more than 2 million viewers per month. The district meets of esSENSE Global are attended by many hundreds. In 2018, esSENSE Global’s annual meeting ‘Litmus’18’ was attended by over 3000 people at Nishagandhi Auditorium, Thiruvanathapuram. Next year’s (2019) Litmus at Calicut Trade Center was even better with an attendance of 7000 plus leaving many aspirants unable to enter the hall due to unanticipated rush.

Initiated by the noted Malayalam writer and public speaker Ravichandran C, esSENSE relentlessly exposed political and cultural fascists tendencies in the society through publication of books and public presentations. ‘Nasthikanaya Daivam’(Atheist God), his study on Richard Dawkins’ seminal work ‘The God delusion’ had 9 editions so far. Ravichandran’s book ‘Beefum Belieefum’ (Beef and belief ) was a best seller fighting cow vigilantism and the communal politics of the right wing. His public presentations like ‘The Killer Cow’, ‘Rajyathinte Avakashikal’, ‘Kashmeeram’, ‘Jayikkumpol Tholkkunna porattam’ and speeches against Somayaga at Kozhikkodu in 2014 exposed the right wing communal ideology and its exclusive character. His debates on Yoga, Bhagavat Gita and Vedanta were virtual eye-openers for many. A good number of popular superstitions including astrology, vasthu, organic farming received heavy pounding from him. Ravichandran was equally critical of the unscientific character and the fascist potential of Marxism. ‘Aanyaum Urumpum’(The Ant and the Elephant), ‘Fastism KOPE’ and ‘Bourgeoisie Nadi’(The Bourgeoisie River) are some of his Marxist critiques. Presentations like ‘Sorry Allen’, ‘Brain Matter’ purported to raise the conscience of the society in favour of the LGBTQ. esSENSE’s fearless campaign against pseudo medicine met with stiff resistance from the charlatans and the practitioners of traditional medicine.

Debates conducted by research student R Krishnaprasad on homeopathy and Ayurveda erased many popular misconceptions regarding these systems. The speeches of Dr August Morris targeted debunking many of the misrepresentations related to the field of health and medicine. Dr Vaisakhan Thampi’s science presentations had considerable viewership among science lovers whereas Dr Dileep Mampallil and Sanoj Kumar disseminated among the public the fundamental concepts of Darwinism and organic evolution. Dr KM Sreekumar led a ceaseless crusade against the myth of ‘Endosulphan causing all the health hazards’ in Kasaragod district. The speeches of Mavooran Nasar, Jose Kandethil, Jamitha, Manuja Maithri, Chandrasekhar Ramesh, Dhanya Bhaskaran, Dr. Ragesh too attracted sizeable audience.

The atheist groups world over had been criticized for the meager presence of women in their ranks. The state of Kerala has been no exception. For long, the feminist claims of traditional rationalists had been characterized by appropriation, patronizing and glaring apathy to the real civic-legal rights of women. An overdose of gender feminism and vilification of men only cultivated gender unrest and mutual hatred . Reports of sexual and financial exploitation of women, cyber transgressions and justification of pedophilia etc scared many away from the rationalist landscape. In contrast, esSENSE Global has been a women friendly freethinker movement.

The recently concluded Litmus’19 at Kozhikkodu attracted more than 500 female online registrations with more than 1000 women participating, seven of them had been resource persons. The gender egalitarianism of esSENSE was well documented in their positive stance taken in the issues such as the women entry to Sabarimala, UCC and the strike by Nurses in Kerala. Real benefits to women had been the essential priority rather than mere academic verbosity and insipid theorization. esSENSE asks women to get empowered and liberated themselves without the blessings of patronizing men.

The Rationalist movement in Kerala had been often dubbed as ‘the water in the closet’ without any real life or progress. Submission to dogmas, political allegiance, dry propaganda tools, ceaseless infighting etc confined them to a clumsy state where nothing but mutual bickering had become the norm. They had been proved clueless and somewhat insignificant when the cyberspace became increasingly powerful. The traditional rationalists cut a sorry figure and easily outwitted by religious bigots and obscurantists who made better use of the technological advancement and social media. The cultural and intellectual elitism claimed to have espoused by them only added to their miseries. The intimidating growth of religious extremism and political invisibility made most of them playing safe and digressing from their acclaimed roles in search of increased social acceptance.

Instead of criticism of religion, superstitions, religiosity, ideological dogmas and obscurantism, soft targets and popular priorities had been preferred. Electoral politics, political fascism, caste-reservation, gender feminism etc were the happy hunting grounds for many. Here too, esSENSE was an exception. They were unwilling to follow the path of playing safe and claiming big. With the celebrated slogans like ‘Freedom is my religion’, ‘Let evidence Lead’, they increased the visibility of freethinking and atheism in Kerala in a big way. The blind adherence to the past leaders like Sahodaran Ayyappan, EV.Ramaswami Naykar and pet political dogmas had been disowned. The Individual is promoted to think free. It may be concluded that esSENSE Global is orchestrating a silent intellectual evolution in Kerala, the indications of which are too difficult to dismiss. It is indeed a process of making freethinking free and liberated by sketching the poetry of reality. 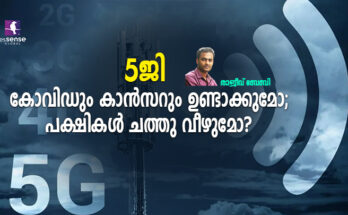 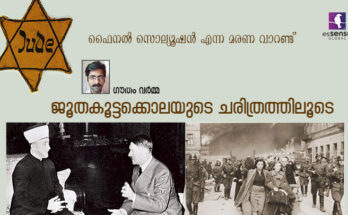 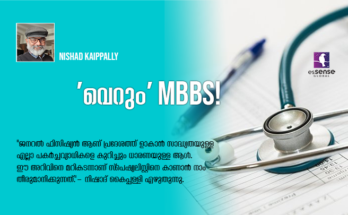 View all posts by Sreelekha Chandrasekhar →